If my hubby were to eat most of these sopapilla cheesecake bars that I made today for a party, I could easily replace them.

Likewise, when I retired from teaching, I could be replaced. When we left our old neighborhood and home, we were replaced as someone else now lives in that home. When my son had to miss a team meeting due to a car accident, his work was taken over by another…in other words, he was replaced. When my daughter had to miss a day of work because she was sick, she was replaced for that day in her classroom. By now, you are wondering where I am going with this. 🙂

Since last week when the NFL draft occurred, the words replaceable and not replaceable have been on my mind and heavy on my heart. I think we tend to forget the importance of life when we start to think that people are replaceable. The jobs we do are replaceable. We are not! For me, I believe that everyone here has a purpose for being on this earth. I also believe that we are irreplaceable. When a person is no longer around, they can’t be replaced by another because what they brought ‘to the table’ was uniquely their own. We have recently lost many family members. Some have lived very long lives…others lives have been much shorter but it is in the memories I have of each one that I know how irreplaceable each one was.

Here’s the story that brought these thoughts to the forefront of my mind. During the NFL draft, the first pick, Kyler Murray was picked up by the Arizona Cardinals and the thought was that this draft was done so they could replace the cardinals 2018 starting quarterback Josh Rosen. And, sure enough, that is what happened. On that day Josh Rosen started to unfollow the Cardinals on social media and when NFL pro Steve Smith realized it, he publicly berated Josh Rosen for bad behavior saying…’You Are Replaceable.’

While I don’t condone Josh Rosen’s behavior, I disagree with how Steve Smith handles it. Yes, he is replaceable as a player but he, as a person, is NOT replaceable on this earth. We each have a journey to walk on this land and we each have an impact to make in this world. No one has any more value than another…not in our families, our circles, or our world.

When we are taught at a young age that we are needed, we are wanted, and we are treasured as the individuals we are, we all grow into beings that can do great things for our world. But, when we are criticized and belittled, we grow into ‘broken’ people.

I know that Steve Smith felt like he was calling out Josh Rosen’s unprofessional behavior but I think he was sending the wrong message. The better message would have been…’hey man, you are needed elsewhere, remain kind, remain professional, and find the better fit.’

I see this critical and judgmental way of dealing with things happening way too often in our families, communities, political leaders, and our world. Why not encourage and build each other up? Why not include others and help each and every person to feel accepted and valued in our world? Why not show others we care through kind words and actions? And, by engaging in conversations to understand each other better? There is a quote that says “before you judge, walk a mile in their shoes.” 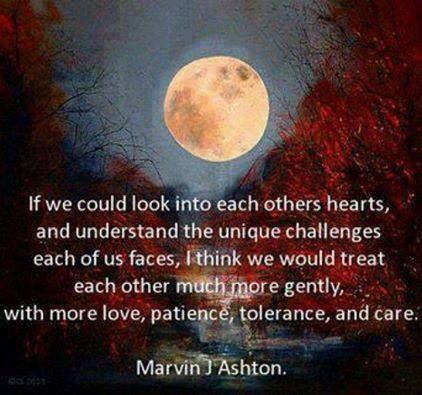 I think if we did just that, we would see each other differently and value each other more. Why do we choose to belittle, call out, exclude people? I think it is simply because we don’t try to see their value and their purpose in this world and we don’t embrace and accept who they are and what they have to offer. I also think that we don’t fully realize that each and every person from the moment they are born have a tremendous value in the family unit they are born into and in the world and when each is valued,  accepted and guided and taught that they are IRREPLACEABLE and loved from day one, they will go on to make a positive and wonderful impact on our entire world whether it be through tiny ripples or large waves…when nurtured, loved, and shown their value early on, the impact will be amazing.

So, why not choose now to remember that each person is IRREPLACEABLE and important and live our lives that way on a daily basis. Why not show acceptance, care, and kindness to each individual we meet and those we already have in our lives now? I am not saying that we have to tolerate unprofessional or bad behaviors from others, we certainly do not but I do tend to think that if we as a whole show each other their value in our lives, most of that behavior will go away.

Many people are fighting battles from within. Battles of feeling like they don’t belong even in places where it is the norm to be accepted and included, battles of inadequacy, battles of past hurts, battles with how they value themselves because all they have felt is undervalued…taken for granted.

Let’s not wait until we lose someone because they choose to walk away from the ‘circle’ they are in because it hurts too much to stay or worse yet, until they die and then we finally see their value…the value they could have given the world had they been built up and learned the mindset that they were IRREPLACEABLE and needed in this world from the very beginning.

I think this is all most people want in life…to feel loved, valued, irreplaceable to others and accepted.

Have a beautiful Tuesday!

Category: community, HOPE, Irreplaceable, the greatest gift is love, The importance of PEOPLETags: acceptance, I hope you live a life you are proud of, love, NFL Draft, people, Value

← The Sunshine Blogger Award
Sunset On The Water Tonight →

This site uses Akismet to reduce spam. Learn how your comment data is processed.

Hi All! Thanks so much for stopping by. I hope you have enjoyed your time here on my blog. I do love feedback so please feel free to comment and like the blogs you enjoy most. And, just a reminder that my site is now an award-free site.

I am a writer of short stories, a blogger and a freelance proofreader who  also does minor edits.

I am a retired teacher, a life long learner, a southern gal, a wife, a mother, a sister, a daughter, a friend, a people builder, a blogger, a nature lover and an adventurer.